Roland Uglow led the Four Turnings Sporting Trial all day just a few miles from home and fresh from his 70th Birthday party to win his first trial since his Gold Star victory in January. The infamous bluebells made for a very challenging morning which even saw Uglow make a mistake dropping a ten and eight early on offering all a glimmer. Andy Wilks had a consistent day to finish nine points behind, just ahead of Stuart Beare. Beare had made the long trip to Cornwall from Kent and didn’t remember the specialist site, however ended up with a hard working Duncan Stephens passengering advising how to drive the car, before turning mechanic having broken two suspension joints in two hills prior to lunch. Colin Flashman finished in fourth with some very subtle driving just ahead of George Watson who has had a few weeks off celebrating his retirement. Andy Prosser was best live axle, having returned to the sport after nearly a decade in sixth beating Alan Murton by a few points. Nigel Shute in his fourth trial continued to show great promise despite the conditions developing his skills in the unique conditions winning the rookie class. 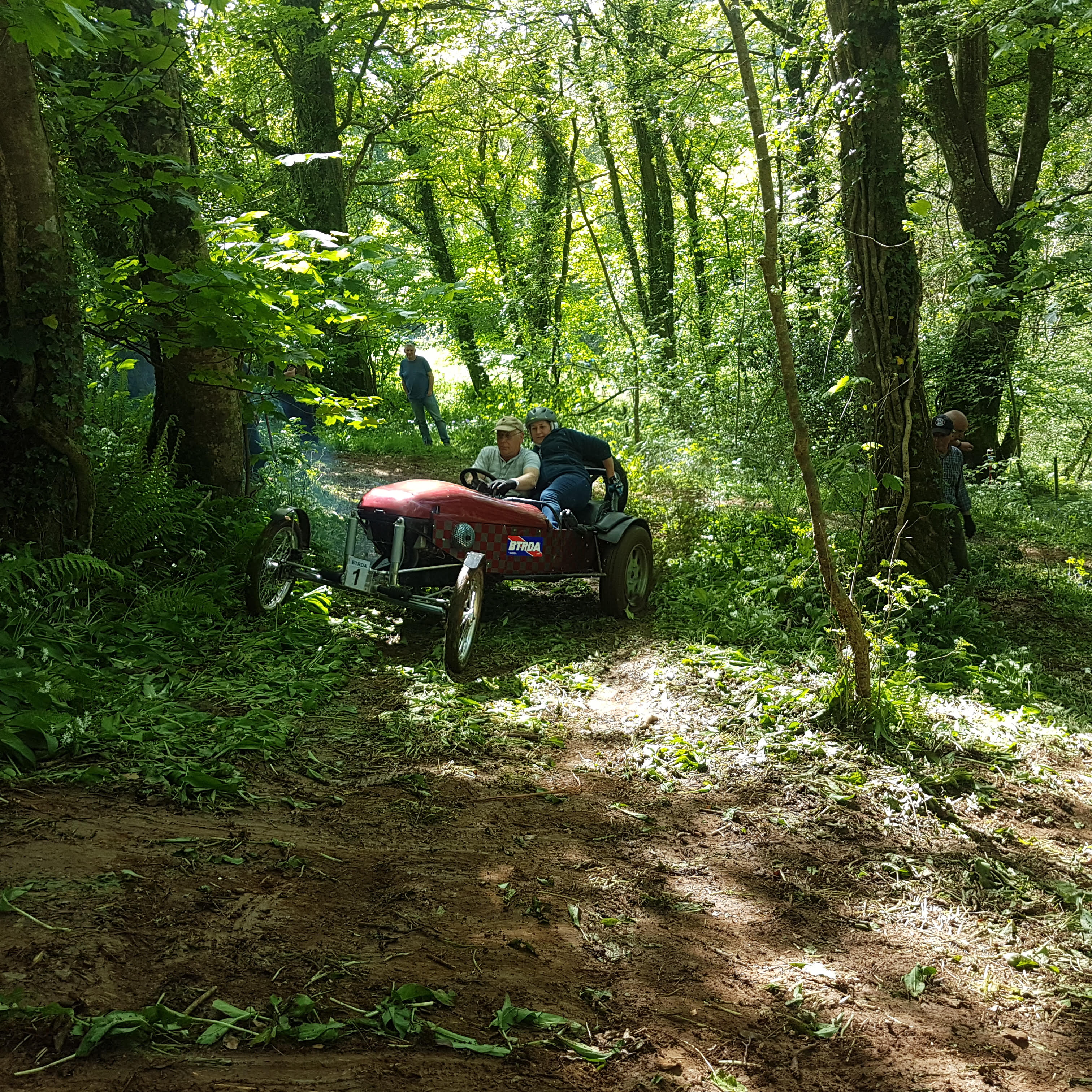